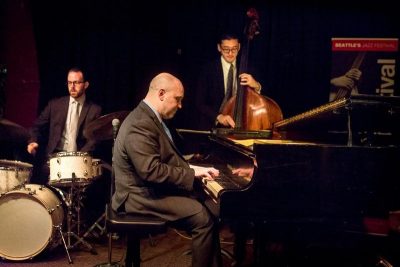 Larry Fuller Trio
Jazz at Kitano
New York, NY
November 22, 2015While jazz is a music founded and fed on innovation, it’s also an art form steeped in tradition, forwarded through the passing of the torch to the next generation(s) in order to keep the life force of the music in good and capable hands. That fact was never as obvious as it was during Larry Fuller’s appearance at Jazz at Kitano on a crisp autumn evening. The fifty-year-old pianist—the last person to man the eighty-eights in bassist Ray Brown‘s trio—showed that he’s upholding his former employer’s vision, swinging with gusto and seducing with heartfelt balladry. He also made clear that he’s following Brown’s lead via his adoption of bandstand mentorship tactics, sharing his hard-earned knowledge with two rising star rhythm players—bassist-vocalist Katie Thiroux and drummer Matt Witek.
Read more… 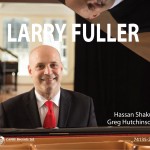